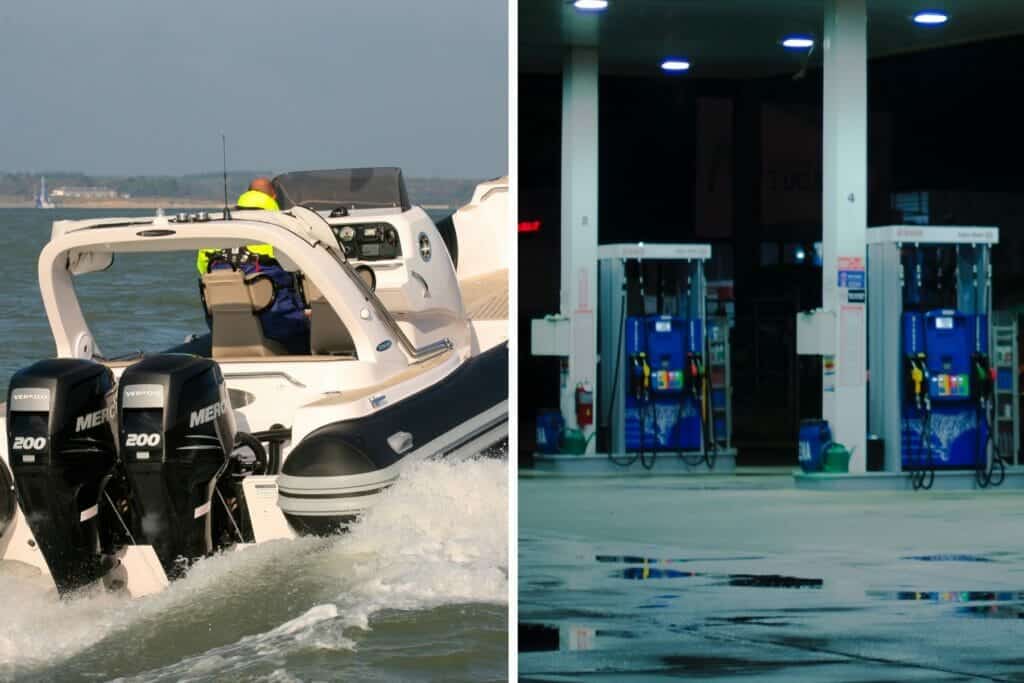 As of summer 2021, the standard grade of petrol being sold in Great Britain, switched from E5 to E10.

Unlike E5 petrol, which has been the norm until now and contains up to 5% renewable ethanol, the new E10 grade contains up to 10% renewable ethanol. This makes it more environmentally friendly and reduces Co2 emissions, however some older engines may not be compatible with the new fuel, without modification, and there are other things to consider before filling up with E10.

We advise that owners should check their owner’s manual in relation to care and storage guidance specific to their outboard model.

We also recommend regularly using a quality ‘fuel system cleaner’ to maintain performance of the fuel system and a ‘fuel stabilizer’ when storing an outboard for any period of time, to prevent fuel deterioration.

Where practical, E10 fuel should be removed from the fuel tank, and fuel system altogether when storing for extended periods of time, eg over winter, especially for the smaller horse power carburetor models.

If your outboard is compatible with E10 petrol, it can be mixed with E5, so there is no need to drain old fuel before filling up.

Other considerations in relation to marine use of E10 petrol

Even if your outboard is compatible with E10 petrol, your boat’s fuel system may not be. This means it is also important to check the compatibility of the following components before filling up with E10:

E10 petrol has a higher ethanol content than E5, and as ethanol attracts moisture, this can lead to outboard performance & reliability issues.

The majority of petrol outboard fuel filters are only designed to remove debris from the fuel and will not prevent moisture from reaching the carburetor / vapor separator and contaminating it with water. When water remains in the carburetor / vapor separator for any period of time, it can cause both starting issues and damage to carbs, fuel pumps & injectors.  This can start to happen in as little as a week, so we would not recommend leaving E10 petrol in your fuel system for any length of time when it is not being regularly used, especially over the winter. We would recommend buying E10 from a busy petrol station to ensure the fuel is as fresh as possible, and only store it for 3 – 4 weeks at most.

As ethanol is a solvent, the higher levels of it found in E10 fuel, may cause damage to materials such as plastic and rubber over time. This can lead to components within the fuel system, such as hoses, becoming weakened, and eventually leaking. Additionally, the eroded particles that come from the perished components, can cause contamination and blockages within the fuel pump, carburetor and injectors.

Can I Still Buy & Use E5 Petrol in My Outboard?

Yes! Although petrol pumps will now sell E10 as standard, Premium / Super Unleaded will continue to be E5. So, although it may cost slightly more, it will still be readily available and in most cases, it will still be the preferrable option over using E10 for marine use.

MB Marine is a family-run business with over 50 years of experience in the marine servicing industry. Conveniently located in Ocean Quay Southampton, Mark and the team provide industry-leading outboard motor servicing, repairs, rigging, marine audio and approved parts for boat owners and trade across the South Coast.